Thunderbird was a high mission tally Boeing B-17G Flying Fortress of the 303rd Bombardment Group during World War II. The original plane, serial number 42-38050, was scrapped at the end of the war and no longer exists. It is now represented by a mural in the WWII gallery of the National Air & Space Museum on the Mall in Washington, DC.

There are two versions of the SAAB B17 bomber in War Thunder. The B17B version will be added to rank I of the Swedish aviation tree. It has a less powerful engine, but it also features a rack with a 250 kg bomb that, during bombing, leads the bomb downward from the propeller’s plane of rotation. The B-17 Flying Fortress was already legendary in its time. This Boeing aircraft represented more than any other the power of American aviation and that already in the years when Europe was overrun by the Axis Forces. A total of 12,731 Flying Fortresses were produced during the Second World War.During the war, they made aviation history when they began daylight attacks on targets in Western. The legend of the B-17 is so awe inspiring this pitiful little tithing is almost an insult. Likely the most iconic warplane of the war, let alone American warplane, it’s legendary for shrugging off blows that would vaporize lesser aircraft and retaliating ten fold, something many players could relate to. Sign-in to your account. Home; For friends; Tools; Forum.

The name also appears on a later B-17G. That restoration and replica of Thunderbird is one of the few surviving flyable B-17s, and is the largest aircraft housed at the Lone Star Flight Museum, in Houston, Texas.

The demonstration aircraft was completed on May 8, 1945, at the end of hostilities in the European theater of World War II.[1] She was originally B-17G-105-VE 44-85718 and is now painted to replicate a noted veteran WWII bomber of the 359th Bomb Squadron, 303rd Bomb Group, part of the U.S. Eighth Air Force, based at RAF Molesworth, England.

The largest aircraft owned and operated by the Lone Star Flight Museum is a Boeing B-17G Flying Fortress, christened Thunderbird.
At the Wings Over Houston air show, October 2011

The aircraft represented was also a B-17G, serial number 42-38050. She was a B-17G-25-DL manufactured by Douglas Aircraft Company in Long Beach, California, and flew 112 combat missions with the 303rd Bomb Group. She was accepted by the USAAF in November 1943 and arrived in the group on January 18, 1944, at RAF Molesworth, England.

On January 23, 1944, she was assigned to the crew of 1st Lt. Vern L. Moncur, of Rupert, Idaho and Bountiful, Utah, which had six previous missions in other bombers. After that crew completed her tour on April 10, she was used as a “new crew” aircraft, used to break in replacement crews, although eight of the missions were flown by the crew of 1st Lt. Richard K. Marsh between April 11 and June 2.

She flew her first mission on January 29, 1944 (Frankfurt, Germany), and her last on March 22, 1945 (Gelsenkirchen, Germany), after which she was retired as 'war weary'. Returned to the United States after the war, she was sent to Kingman, Arizona, where unlike her LSFM counterpart, she was scrapped. She reputedly was crewed by 538 different airmen, none of whom suffered an injury aboard Thunderbird.

The original Thunderbird is the subject of a 25-by-75-foot mural in the World War II Gallery of the Smithsonian Institution's National Air and Space Museum on the National Mall entitled 'Fortresses Under Fire', completed 1975–1976. The artist, Keith Ferris, depicted Thunderbird on her 70th mission at 11:45 a.m., August 15, 1944, over Trier, Germany, on her return to Molesworth following a mission to bomb Wiesbaden, and is historically accurate in the encounter portrayed.[2] 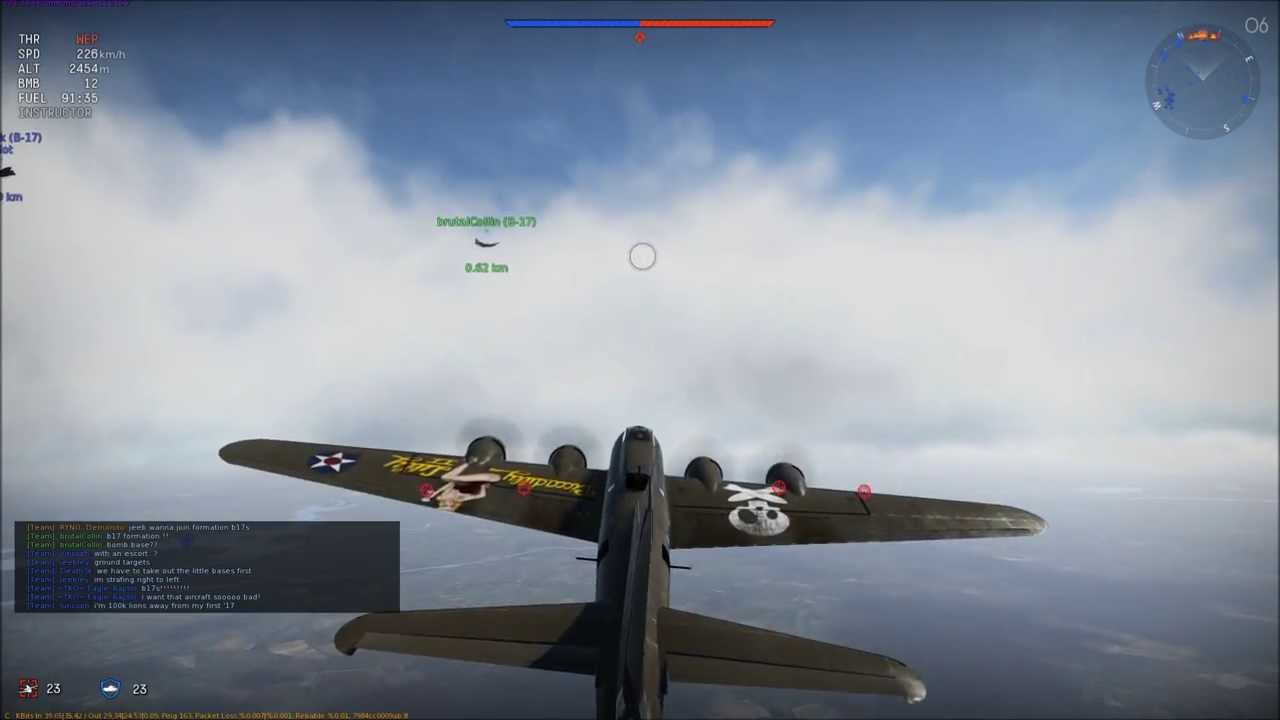 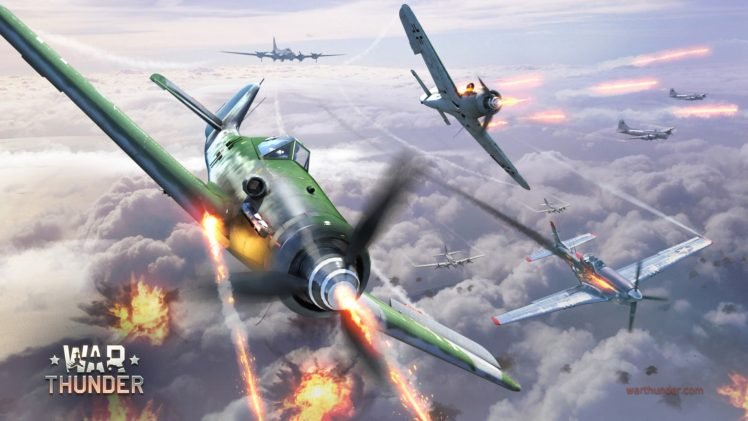